Earlier this week Micron increased its earnings guidance for the quarter ending Nov-16, to be reported later this month. Revised guidance is for revenues and EPS to be significantly above the high-end of prior guidance, and gross margins to be at the high-end of prior guidance, driven primarily by higher DRAM prices. Micron also noted it was on track to close its planned acquisition of Inotera on Dec 6, and that the acquisition would be immediately accretive to Micron's standalone gross margins, EPS and FCF. In response to this positive update, MU stock has since traded flat to slightly down so far, after roughly doubling from its recent trough. The charts below illustrate progress in NTM EPS estimates for MU from 9/9/16 (first chart below) to 11/30/16 (second chart below). 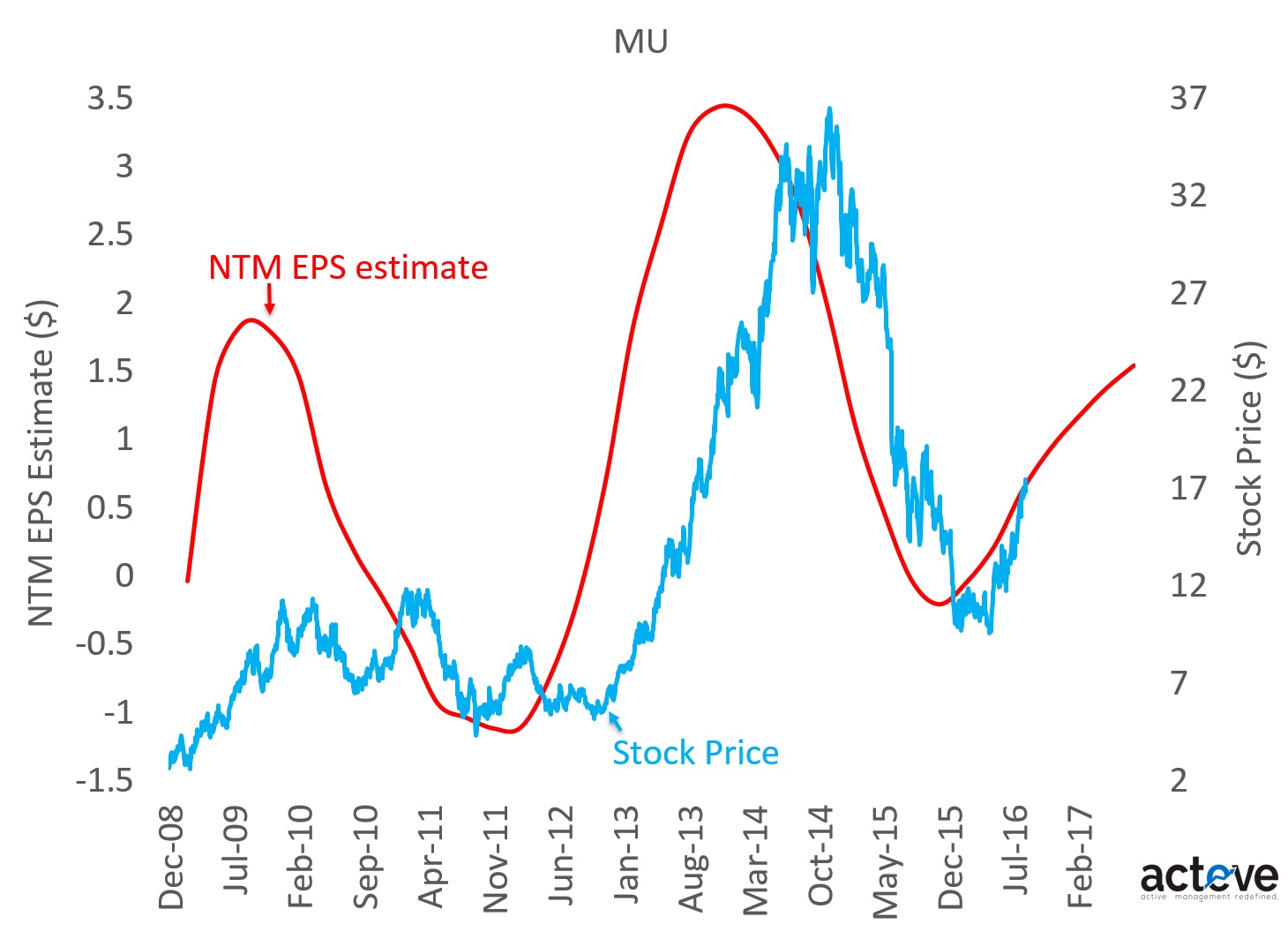 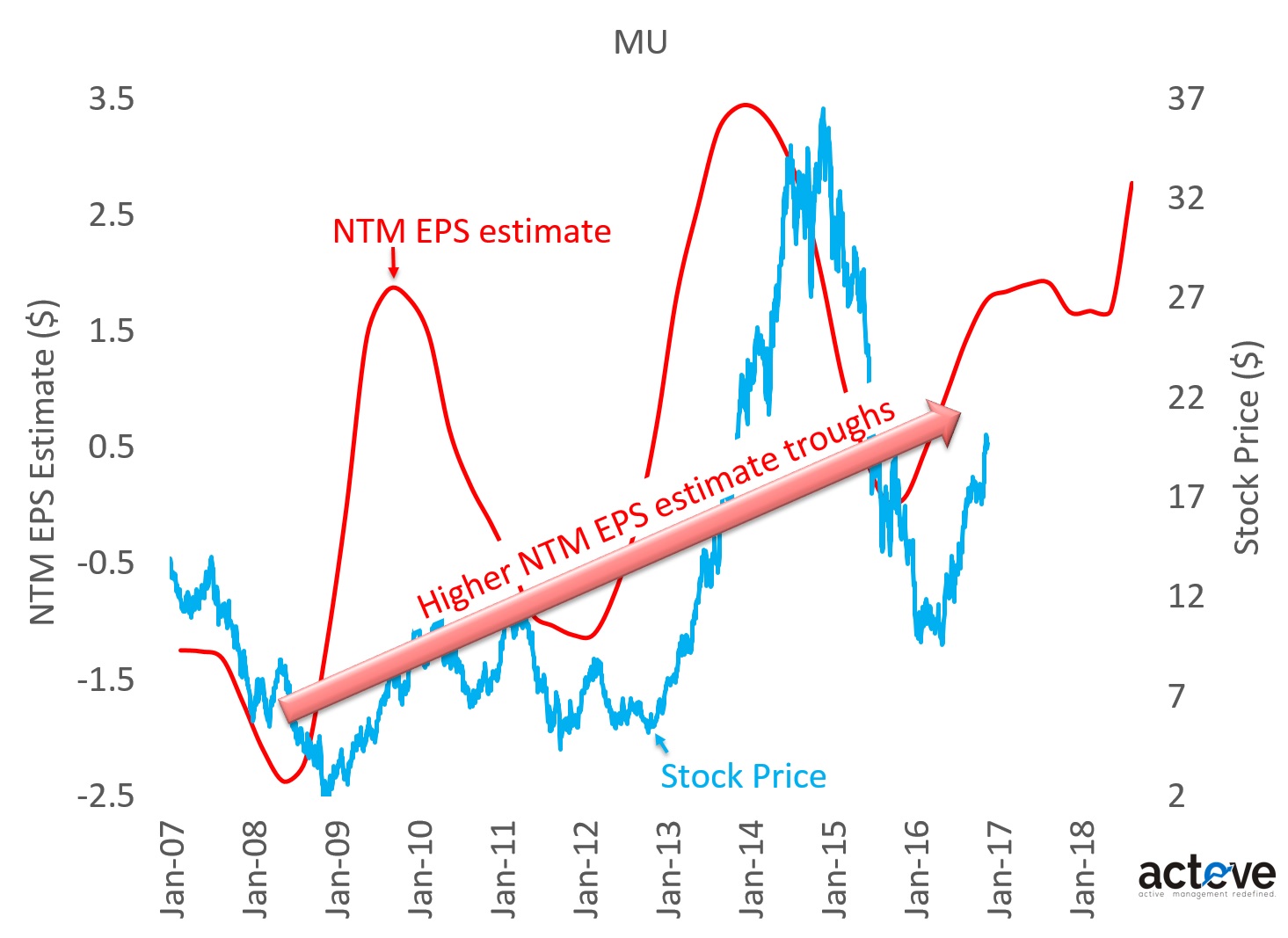 The charts beg the question whether the next cyclical NTM EPS expectation peak will be higher for the Micron+Inotera combination than the prior peak of $3.50 for Micron standalone. This is perhaps best left for momentum traders to figure out, after they are done winding down short positions.

EPS cyclicality is further echoed in the two charts below in YoY revenue (first chart) and gross margin cyclicality (second chart). Investors love to debate whether the memory industry has structurally improved. Such debates tend to conveniently ignore the fact that observability of industry improvement will often be confounded by human folly, the root cause of cyclicality. Lack of satisfactory observability in turn can delay reward through stock price appreciation. 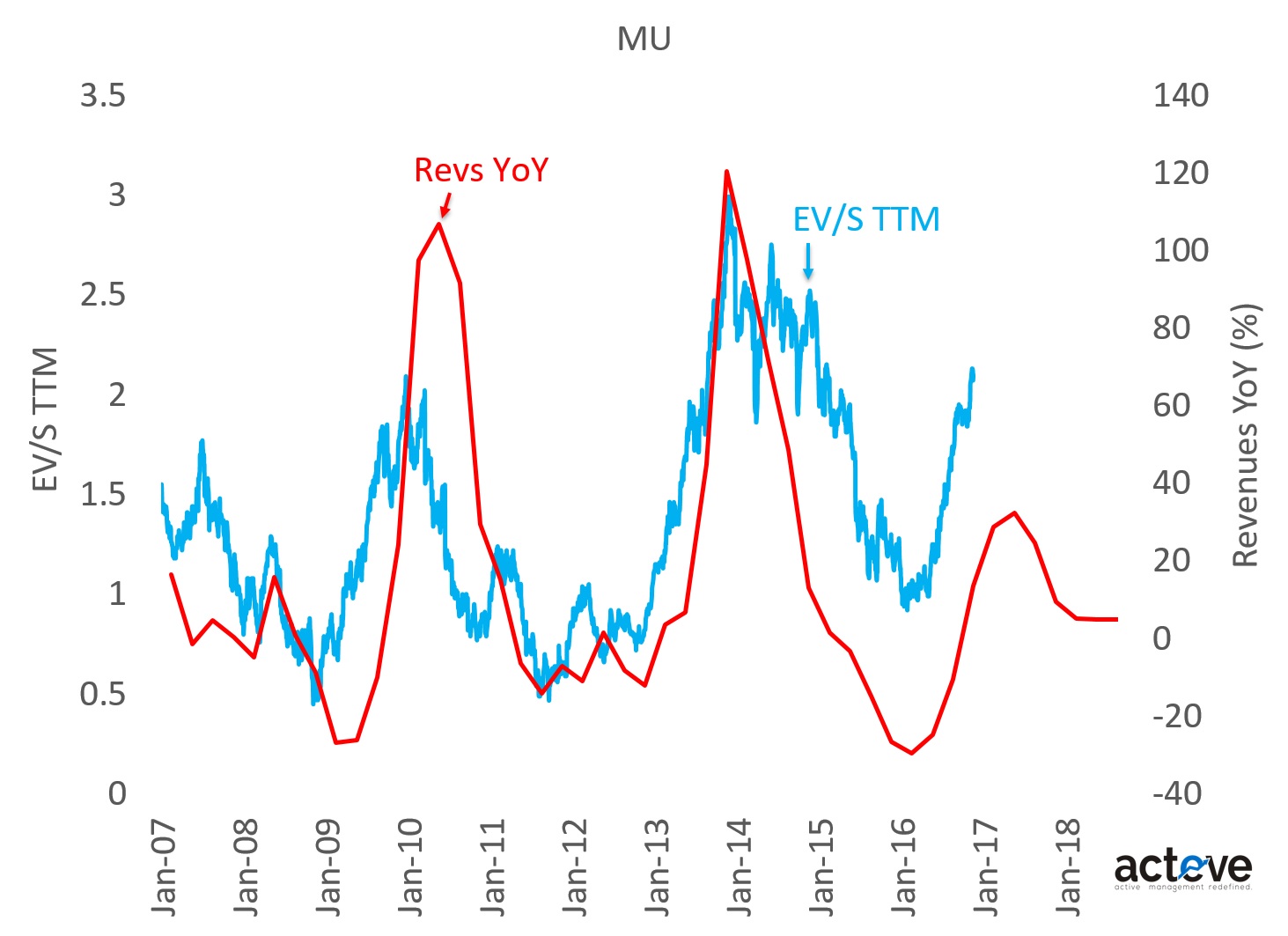 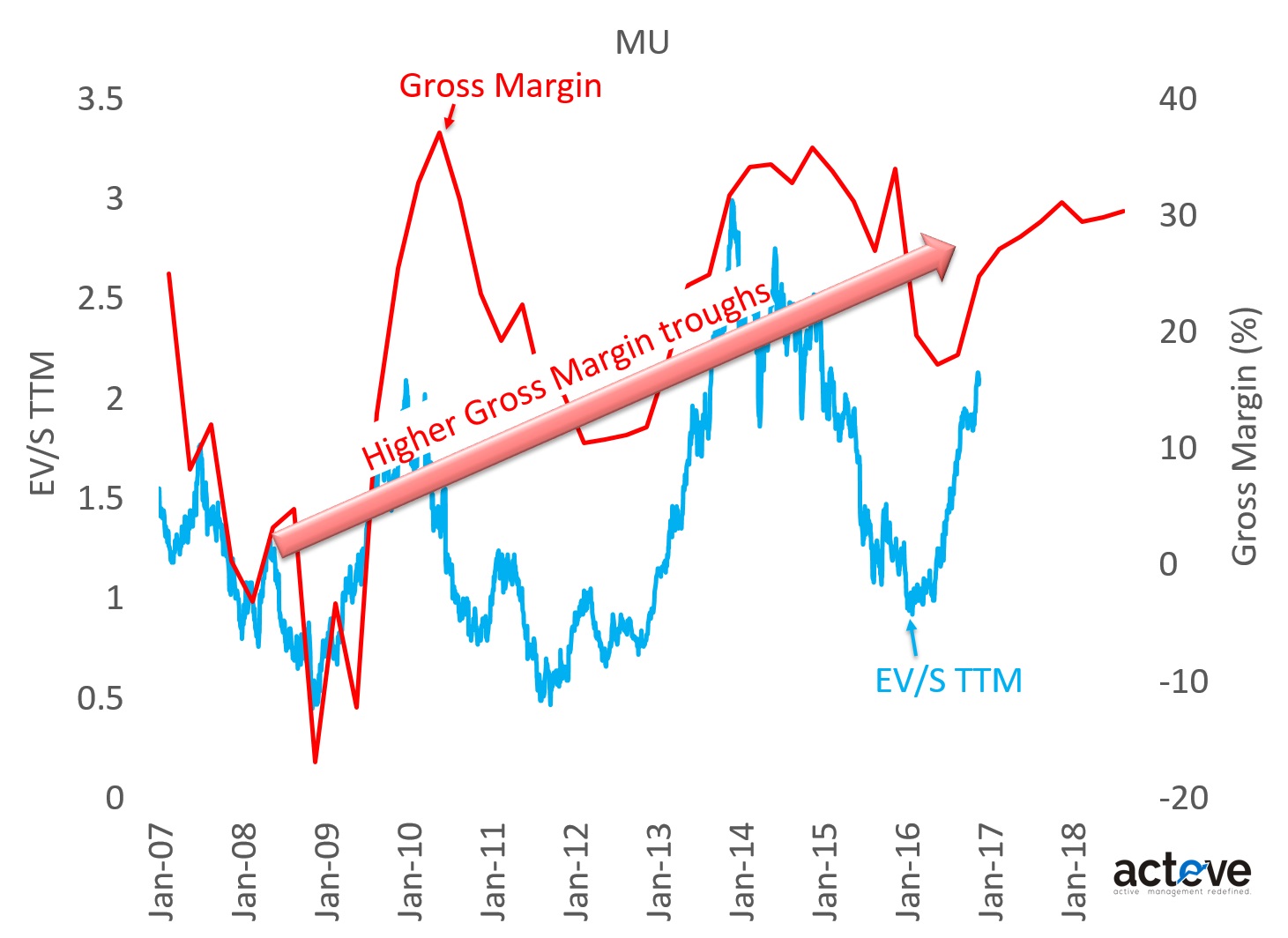 Consistent with higher trough EPS power, the chart above reflects expectations for higher trough gross margins. MU's current EV/S valuation of ~2x seems visually consistent with prior average levels, though still ~30% shy of semiconductor peer group average and the stock's prior peak of ~3x. Meanwhile DRAM spot prices continue to drift higher, and industry watchers expect NAND prices to increase as well. If there is one thing I have firmly learnt through my coverage of this stock, it is to never underestimate the power of operating leverage, both on the way down, and more appropriately now on the way up.