The $INFN PAM-4 boogeyman was probably born at the time PAM-4 was first conceived a couple of years ago. However the PAM-4 scare appears to have hit INFN shares after Microsoft announced earlier this year that it would deploy Inphi PAM-4-based optics for Data Center Interconnect (DCI). 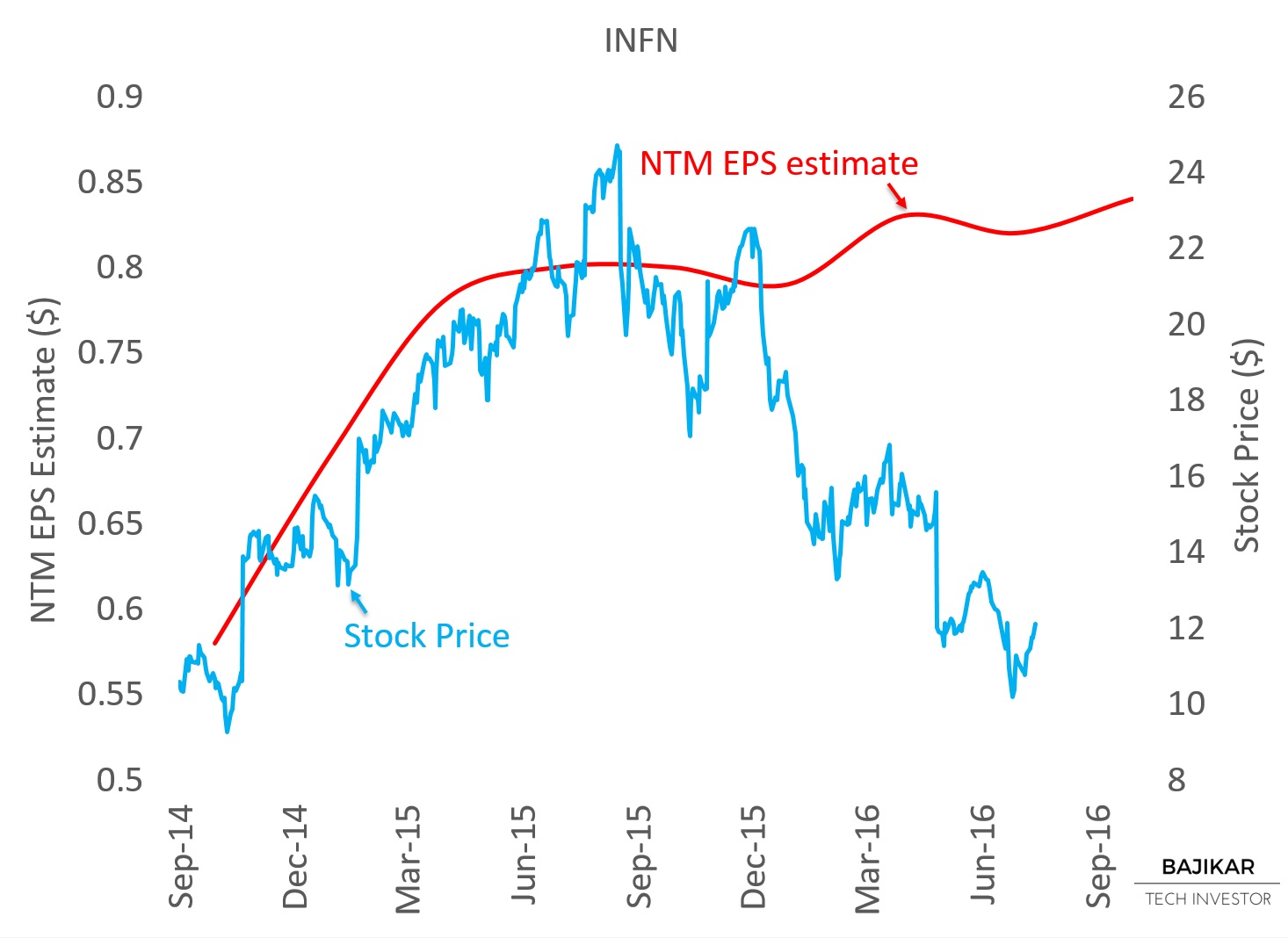 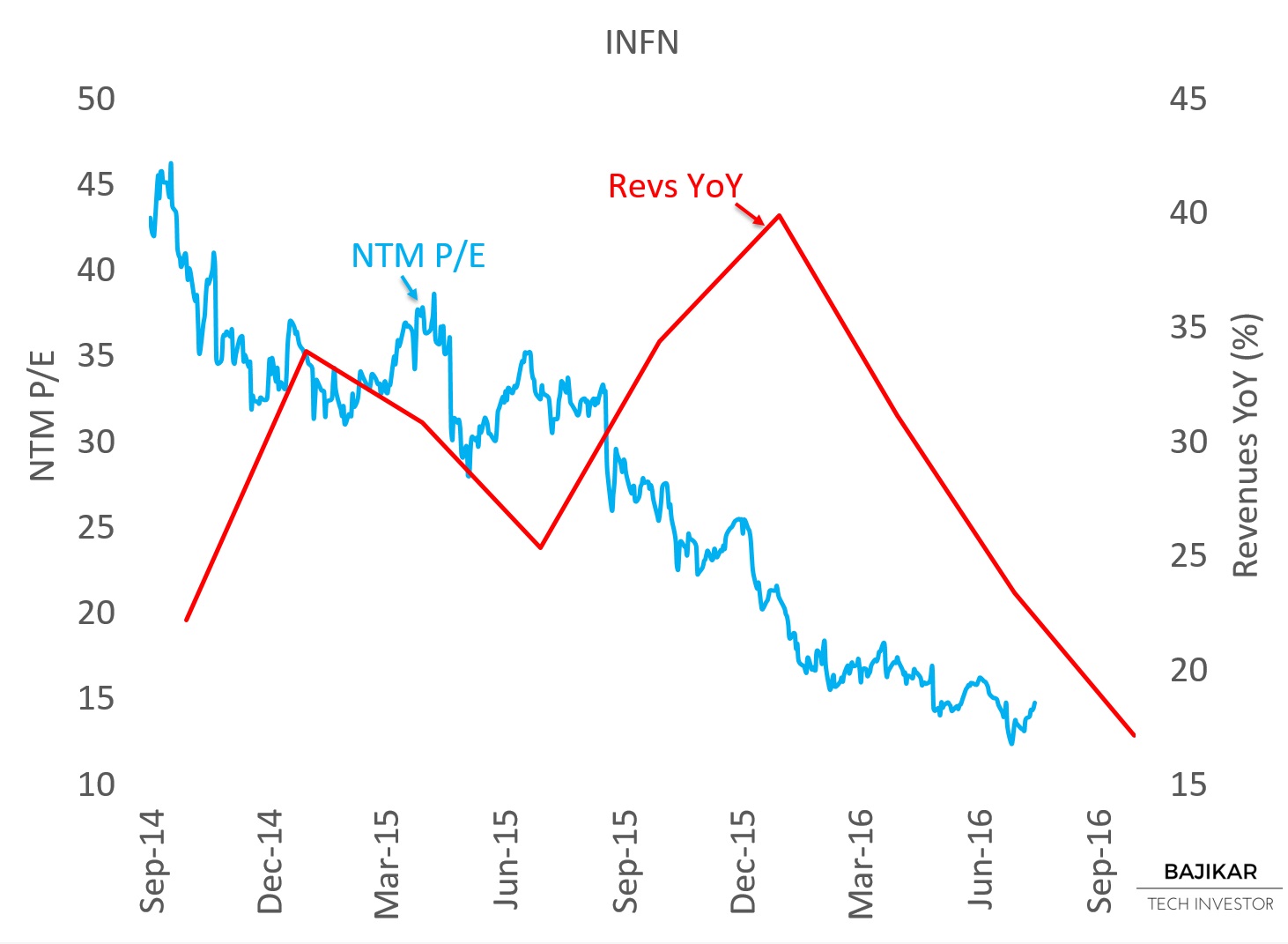 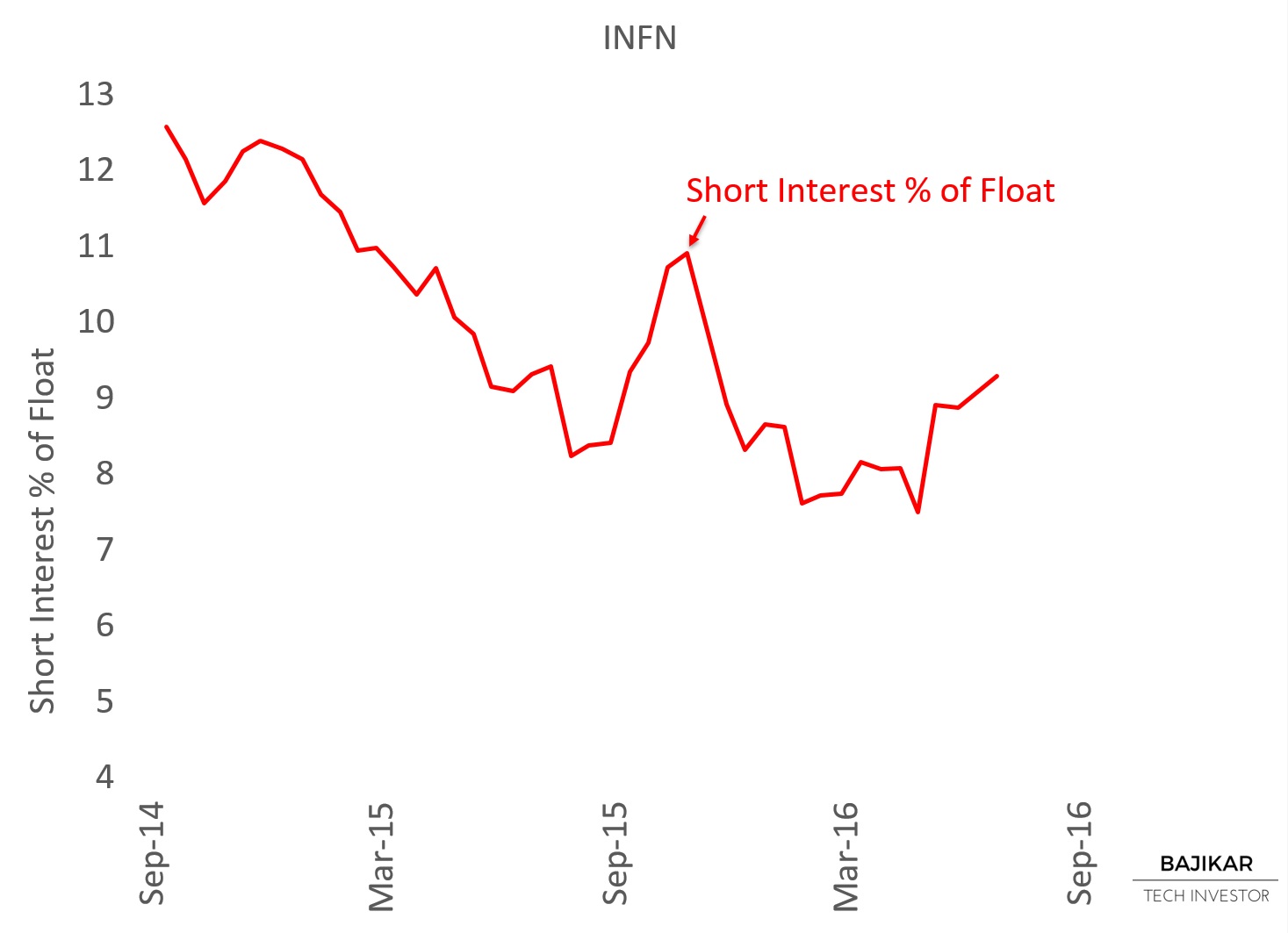 An increase in short interest in INFN shares following Microsoft’s PAM-4 announcement in March-2016 is supportive of the idea that investors have become concerned about the threat posed by PAM-4 to Infinera’s stated DCI growth strategy.

DCI is widely regarded as one of the fastest growth opportunities within the broader Cloud infrastructure category. PAM-4 is designed to cost-optimize both intra-data-center and inter-data-center connectivity, with the latter up to ~80km. Infinera has targeted the >40km DCI market with its Coherent DWDM products, including Cloud Xpress.

Inphi, the industry leader in PAM-4, has suggested the following market segmentation for different networking technologies, according to a corporate update presentation posted on its website. 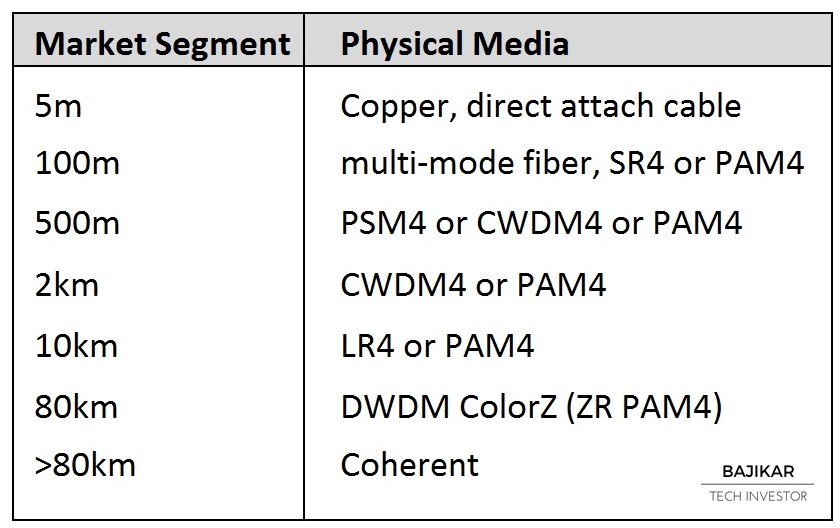 Inphi’s market segmentation as well as 1Q16 earnings call commentary suggests Inphi views PAM-4 as being a complementary technology to Coherent DWDM. It is worthwhile to note that Inphi itself benefits from significant business in the Coherent DWDM category – business that it would probably not want to see truncated due to PAM-4.

A value investor would conservatively assume that PAM-4 is every bit as revolutionary and disruptive as it has been claimed to be by Microsoft and Inphi. Accordingly, it is fair to expect some cannibalization of Coherent DWDM by PAM-4. However, it would seem overly bearish at least in the near term (i.e. next couple of years) to assume that DCI opportunities targeted by Coherent DWDM would be monopolized by PAM-4. Also, even though the company may not have said so, it is possible that Infinera in the future might decide to join NeoPhotonics to participate in the PAM-4 revolution.

THIS ARTICLE IS NOT AN EQUITY RESEARCH REPORT.
Disclosure: As of this writing the acteve Model Portfolio held a long position in INFN, but no positions in IPHI, NPTN or MSFT.
Additional Disclosures and Disclaimer
Stock market data provided by Sentieo.